Does the end of lockdown mean a return to normal office life? 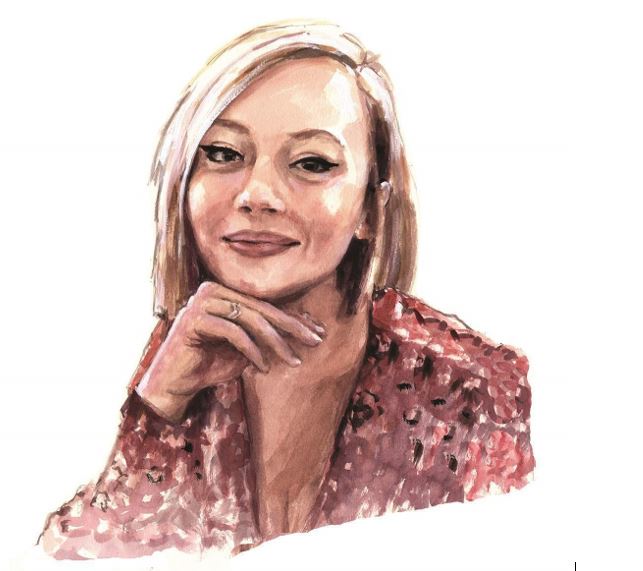 A year of working from home could prompt fundamental change. But for better or worse?

If I was being completely honest and could have it my way, I would never want to go into the office ever again. I like my colleagues and even enjoyed commuting, but I value sleep, exercise and the option to look less-than-presentable at 9am more. My inclination to talk too much means I’m more productive when I don’t have any friends sitting at desks around me.

From this, I learned that I work better when I do it from home. However, it’s the unmentioned details of my personal situation that makes home-working more feasible for me than it is for others. I don’t have children, I live with my partner and there’s space for both of us. I write for a living – all I need to do my job is access to Google Docs. My working utopia would be (and for the last year, has been) a version of hell for, say, someone in a crowded high-rise flat-share, or a parent with noisy children running around.

The return to the workplace divides opinion and slices it up in countless ways – how you feel depends on whether or not you have children, like your colleagues, enjoy your commute, feel stir crazy, miss socialising, or have the perfect set-up at home. Some people want full-time office life back, some want full-time home-working, and most would probably prefer something in between. We’ve had a lot of time to think about it, with hypotheses about how dramatically working life could evolve enthusiastically discussed over the last 12 months. Amid debates about the good and the bad situations the pandemic has created (work-life balance versus work-life merging), there has been hope for a more inclusive, egalitarian working reality. With the comfort of distance, knowing the pandemic would rage on for the foreseeable future, it’s been easy to imagine a sweeping overhaul of working practices.

But now, for the first time, the return of office life is safely on the horizon. People are preparing to go back to something that, from here, seems to look a lot like their pre-pandemic working lives. But has a year of working from home prompted fundamental widespread changes? And if so, will those changes be for better or for worse?

[See also: How should we process the first anniversary of the pandemic?]

Dr Edward Granter is a senior lecturer in organisational behaviour at the University of Birmingham and the author of Critical Social Theory and the End of Work and The Sociology of Work. Granter tells me that while the pandemic has played a major part in conversations around different ways of working, these actually predated the pandemic by some way, with the rise of some companies trialling completely remote roles and the rise of co-working spaces such as WeWork. That trend is likely to continue, at least to a point.

“I don’t see why, logically, organisations would desperately want people to go back into the office,” he says. But he also warns that, whatever the benefits to workers might be, employers might have other priorities.

“Some will think ‘we’ve managed to get through that, we want to get back to normal, everyone should just come back in’ and people will do what they’re told – because what’s happened at the same time of all of this is people being out of work.”

Granter tells me this is the key factor in conversations about what workers will or won’t be doing when they return to the office. “Most workers will only be able to do whatever their organisation tells them to do. Because the most powerful disciplining factor is the threat of not having a job, which can strike at virtually every level of every profession. So these organisations can do whatever they want.”

This crucial element has implications not only for whether employers opt to continue the remote working set-up or return to the pre-Covid status quo, but whether they choose to maintain other pandemic changes. Over the past year, many companies have incorporated new working techniques that have made home-working far worse than being in the office for employees, surveillance being the most acute example. While traditional forms of surveillance have always existed in certain workplaces – bosses glancing at your screen, watching the clock to make sure you’re not a minute late – the pandemic has seen a spike in companies using surveillance technology such as keyboard trackers or screen capture tools to monitor what employees are doing on their computers, arguing that it is necessary because they’re “at home”.

[See also: How the pandemic made virtual reality mainstream]

“We know that surveillance techniques have increased and we know that people are loath to give up additional power once they have it, so you can just predict that most managers won’t want to give that up because it’s a tool in their arsenal,” Reid Blackman, the founder and CEO of ethics consultancy Virtue, tells me. Blackman works with companies on privacy, risk, and how to ethically incorporate working technologies. He explains that, for employees who were monitored by their companies while they were at home, having that added surveillance when they’re back in the office will likely erode trust in their employer and make their working lives worse.

“Let’s grant, for the sake of argument, that companies needed to use surveillance technology when people were working remotely and that they made the right call. It doesn’t mean that they’re making the right call to continue to use it,” he says. “And if they do then there will be a significant subset of those managers who fail to be sufficiently transparent with employees about their continued use of it and why – and that will cause a deterioration of trust.”

Blackman describes this as a “total unforced error” and says there’s no good reason for companies not to reassess how they monitor staff when they return to the office. He also believes, however, that managers may be motivated by fear of not reaching their own targets to please their own bosses and will therefore unnecessarily rely on monitoring tools for those they manage.

“Fear is very good at making you act against your better judgement,” he says. “And it can lead managers to do things that indicate they don’t trust their employees when it might not be the case.”

All of this combined makes both Blackman and Granter doubt the pandemic will spark the major improvements to office life that people have been fantasising. Granter does at least think some workplaces will give employees some choice and offer flexible working. “Those will be the more thoughtful ways of doing it,” he says.

“But everyone is precarious now,” he ultimately concludes. “There is no job security for most people… so companies can just do whatever they want.”

[See also: It’s OK to complain about how much we’ve lost because of Covid-19]

Sarah Manavis is a senior writer at the New Statesman. Sign up to her free weekly newsletter the Dress Down for the latest film, TV, art, theatre and book reviews.