Russia-Ukraine is an Information War, So Government Intelligence Needs More Scrutiny Than Ever 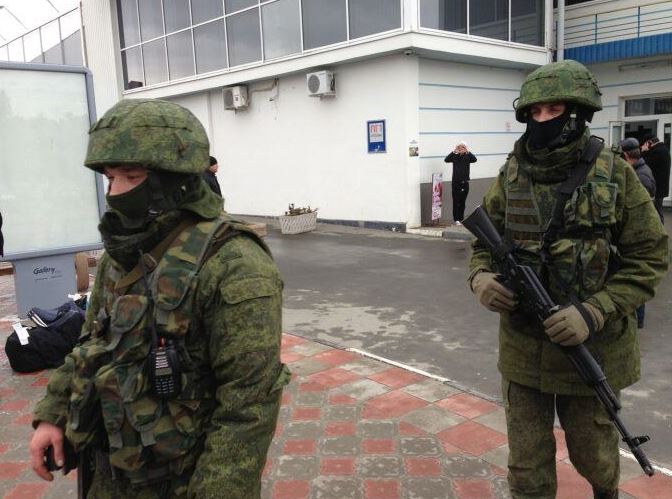 The threat of war is difficult to beat when it comes to mending or enhancing a damaged reputation. President Joe Biden and Boris Johnson, both derided as ineffective in domestic policy only a few weeks ago, are now reborn as statesmen capable of guiding their countries through the minefield of Eastern European politics.

The American and British intelligence services seldom got things right during the Iraq, Libyan and Syrian conflicts, but they are now being cited as reliable guarantors of the credibility of stories about an impending Russian invasion of Ukraine.

This narrative is sold to the public as the fruit of “open intelligence”, supposedly more democratic than the more secretive approach of the past. The US Secretary of State Antony Blinken this week told the UN, apparently relying on information provided by US intelligence, that Russia could stage a provocation to provide a casus belli by fabricating “so-called terrorist bombing inside Russia, the invented discovery of a mass grave, a staged drone strike against civilians, or a fake – even a real attack – using chemical weapons.”

Listening to this grim list, my mind went back to an earlier US Secretary of State Colin Powell who addressed the UN on 5 February 2003, saying that the US possessed incontrovertible proof that Saddam Hussein was hiding and manufacturing weapons of mass destruction (WMD).

US intelligence knew this through “intercepted telephone conversations and photos taken by satellites. Other sources are people who have risked their lives to let the world know what Saddam Hussein is really up to.”

The point I want to make is not so much that the evidence for Russia plots to provide a casus belli is shaky, but that intelligence service information is often dubious, and always partisan. The bias is in-built because intelligence agencies are, first and foremost, a component of the government machine and they forget this at their institutional peril.

Pundits occasionally say in shocked tones that intelligence has been “politicised”, but this is automatically correct on all occasions. Yet intelligence sources are often cited as if they were to be held to academic standards of objectivity and are not pursuing some personal, institutional or national aim.

It takes a high degree of naivety not to realise that this must be the case and information wars are always part of cold wars and shooting wars.

In all the wars that I have reported, disinformation and lies were central to the conflict. At the start of the Gulf War in 1991, I drove to an Iraqi baby milk factory at Abu Ghraib on the outskirts of Baghdad which the Americans had partly destroyed with missiles, claiming that it was manufacturing biological weapons. I found correspondence in a smashed desk which spoke of the plant as a baby milk factory. Not only that, but it was in deep financial trouble with letter-writers discussing the prospects of bankruptcy. It did not seem likely that Iraqi security would have been sophisticated enough to make this up.

Peter Arnett, the redoubtable CNN correspondent, reported on air that he could see no signs of biological weapons manufacture, but even this mild scepticism led to him being furiously attacked as a fall guy of Saddam Hussein. “It is not an infant formula factory,” said the US chief of staff of the day, Gen Colin Powell, who tended to be wheeled out on these occasions. “It was a biological weapons facility, of that we are sure.” Some years later the CIA admitted that they had misidentified the factory because of the type of camouflage netting which covered part of the site.

But there is surely a deeper reason why people are fascinated and persuaded by being privy to information gathered by intelligence services through secret and perhaps illicit means. In Britain, in particular, people are brought up on a diet of John Buchan, Ian Fleming and John Le Carré, though most take on board that the real world does not work quite like that.

The public are also proud and knowledgeable about British triumphs in code breaking in the First and Second World Wars, but less well-informed about failures – like the Battle of Crete which the British lost despite having decryptions of the German plans.

The problem is that secrets are seldom an “open sesame” which illuminate everything. More usually they are but one part of a jigsaw puzzle, their true significance only evident in relation to the other pieces, the shapes of which are not a fixed quantity.

What, for instance, is the gravity of the Russian threat to Ukraine today? Sir John Sawers, the former head of MI6, has said that a credible threat is a combination of “capability and intent”, in other words of factual information that might be collected and political judgement that cannot be easily assessed.

The much-praised openness of intelligence services to the media about Russian actions appears to be largely a rebranding operation with traditional government PR operations given greater glamour and credibility. Despite some spirited pushback by journalists to stories unsupported by evidence, or on the precise meaning of the word “imminent” in relation to a Russian invasion, most of the open intelligence stories have been swallowed whole.

Information wars are always a component of military conflicts, potential and actual. Usually, security services play a large role in orchestrating them. But these propaganda wars are dangerous because they tend to fly out of control and demonising an opponent hinders negotiations. Political leaders, for their part, tend to believe an unhealthy amount of their own propaganda and often act as if it was all true.

There is also the danger that stories of the dastardly things the other side may be planning to do will start off a panic among people who really are in the firing line.

I was in Iraqi Kurdistan in 2003 when Colin Powell made his famous speech to the UN with all its detailed and convincing information provided by 16 US intelligence agencies about Saddam Hussein’s supposed WMD. Terrified of poison gas, the Kurds believed what he said must be true and fled their cities and towns for the freezing countryside and mountains

Patrick Cockburn is the author of War in the Age of Trump (Verso).